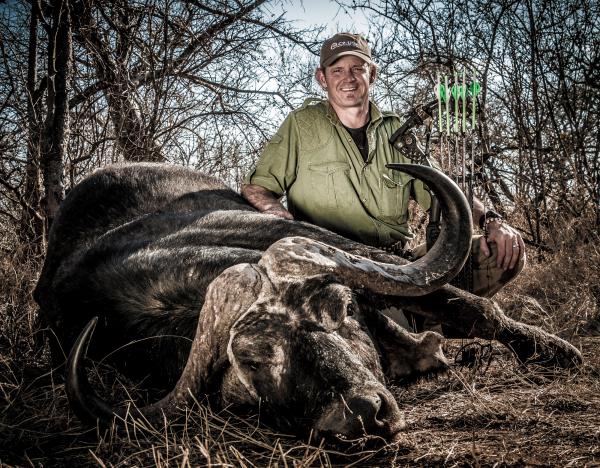 “When the elephant’s ears go out wide it looks like a Winnebago with both front doors open. It’s huge!” – Razor Dobbs

Razor Dobbs is a passionate hunter and the host of Razor Dobbs Alive on Sportsman Channel. This enthusiastic outdoorsman takes adventure hunting to the next level, pushing the boundaries and at times putting his life on the line and with that, defining what it means to truly be Razor Dobbs “Alive”. Tune in this week as Razor recounts his brush with death in Zimbabwe. Hunting in Africa comes with its own set of risks and Razor experienced that first hand while tracking elephants on a conservancy in 2003. While tracking elephants in Zimbabwe, Razor and his crew entered a Mopani thicket only to be surprised by an elephant standing 80 yards away. Razor will detail what happened when the elephant charged, how they determined it wasn’t a bluff and ultimately how they stopped the elephant, just in time to save their own lives. Not many people can say they’ve witnessed the full power of earth’s largest animal – and survived. Tune in for this thrilling interview with the one and only Razor Dobbs.