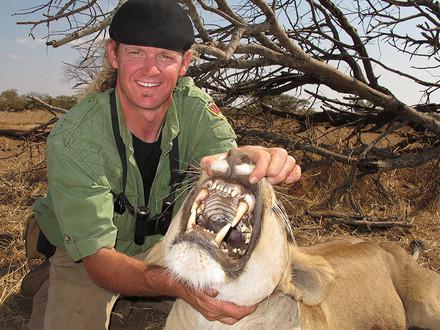 We’re honored to have avid outdoorsman and staunch 2nd Amendment supporter – Texas Governor Greg Abbott kick off this weekend’s broadcast. We discuss some of the Governor’s fondest hunting memories, the role The Boy Scouts played in developing his love for the outdoors and a recent whitetail hunt he shared with his daughter.

Then we dive into the Texas Right To Hunt and Fish Amendment which is on the ballot for November. Lastly, we talk Open Carry- which will go into affect on January 1st 2016. How important was it for the Governor to get Open Carry passed in his first term? We get the answers from a kindred spirit who just happens to reside in the Governor’s Mansion.

Then we are joined by Texas Parks and Wildlife Resource Specialist from the Inland Fisheries Division – Preston Bean. Preston works hands on with the state fish of Texas, the Guadelupe Bass, which is indigenous to only certain Texas Hill Country rivers and streams. The feisty little bass is on the rebound after significant habitat loss and widespread hybridization with introduced smallmouth bass from widespread smallmouth stocking efforts in the mid 1970s that threatened to wipe out the state fish completely.

How is Texas Parks and Wildlife combating the erroneously stocked smallmouth to ensure the Guadelupe Bass’s survival? We find out, plus Preston gives us his favorite bait and hotspots for the angler wanting to catch a pure Texas Guadalupe Bass.

We round out the show when our longtime friend Razor Dobbs (host of Razor Dobbs Alive on Sportsmans Channel) stops by to discuss the perception of our hunting heritage among the general public. What can we do to tilt the odds back in our favor in the court of public opinion? Also, how do we re-brand our approach to appeal to a younger generation of potential hunters in this social media frenzied world we live in?

All that, plus Razor gives us a behind the scenes look at the relationship between hunting and conservation on the Dark Continent. Razor has a lot of experience hunting Africa having made his first hunting safari back in 1995. (Razor with his first African lioness. Yes he is smiling. Hunting is fun! Remember? )